The Day I Had Everything 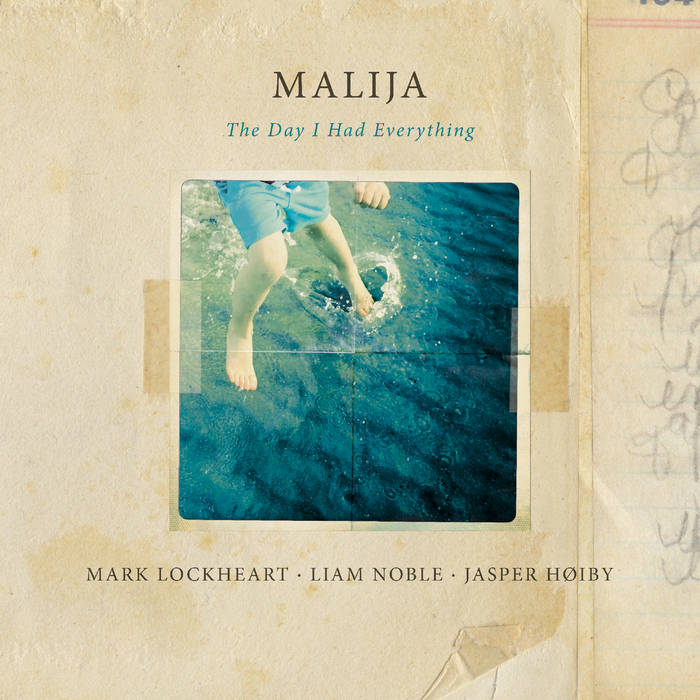 Michael Mueller Sophisticated yet accessible piano-led jazz, Malija have crafted an intricate suite of compositions that have a warmth and humanity to them.

These songs are flecked with traditional jazz modalities, modernist flourishes and a few unexpected detours.

The interplay between the members is exemplary, indicative of their skills and musical synchronicity.

An albums for traditionalists and modernists alike, and perfect listening for a Sunday morning.
Favorite track: Mr Wrack.

john greenwood I received the vinyl today. Not only is the music top shelf, extremely well played with such style and ease, the recording is great too. Edition has figured it out. Great musicians with excellent compositions produced with an eye on quality that even a casual listener will appreciate. This album has a light and warm feeling to it. Thank you for the Music, sincerely, it brings hours of pleasure listening to it. Favorite track: Unknown.

If New Orleans was the first city of jazz; New York, the city that never sleeps: the home of bebop; Paris the city of 50s cool, then, arguably, that dynamic, cosmopolitan, constantly self-reinventing megacity London is the jazz burg of the 21st century.

To a visitor, London is overwhelming - a monster that consumes all in its path, grimey, overcrowded and intense. But it’s been said that London is a collection of villages and to the resident, subtle differences emerge between boroughs, within districts, even along streets. The yearly cycle brings its own complexity. The constant movement of people, wealth and cultures within the smoke create new patterns that are ever changing but are hugely influential on Londoners in obscure and cryptic ways.

The interlinking, interconnectedness of this jazz trio mimics the narrative of the great city. Individual musicians with their own geography, architecture and psychology, their connections with each other pulse in the same dynamic and energetic way that the city’s blood vessels continually pump. The rhythm of the city is a subtle undercurrent in the rhythmic interplay of Malija. The city has got under their skin and become part of what they play.

As Mark Lockheart explains: ‘The Day I Had Everything is about many musical things, often styles and influences that have come from our many diverse musical experiences working and developing in London’s vibrant jazz scene. The melting pot of London’s multi-faceted music scene is reflected in the compositions ,to me this is London jazz music , distinct and different from the American sound”

“The London music scene of the 1980’s and 90’s had a big impact. I was gigging with Reggae and African bands as well recording with some of the many London indie groups around at that time- all these things influenced my music making.”

Their first collaboration was back in 2009, when the three musicians recorded and toured with Mark Lockheart’s acclaimed album ‘In Deep’, a record that not only bought these three musicians together as part of a quintet but initiated a long term collaboration between Edition and Jasper Høiby’s Phronesis. Since then, each of them has developed so great a mutual respect and friendship that to form a trio seemed the most logical and natural next step.

‘The Day I Had Everything’ magnifies what is beautiful about great jazz. The subtleties and sophisticated group interaction offers countless rewards. The original material by all three members has many diverse influences including bluegrass, tango , a 1930’s jungle feel and even references to English classical music. Jasper describes the music as “simple, weird, complicated, free, tight, beautiful, ugly and heartfelt depending on your mood’.

’The Day I Had Everything’ is a reference to the sheer excitement one has as a child getting up in the morning and not being able to decide what to do first - everything seems so shiny and new . The coming together of Malija was like this - the three of us bringing in our compositions and developing them into something tangible , then the sheer fun of exploring the music in the recording studio”

Bandcamp Daily  your guide to the world of Bandcamp

Khruangbin and Greg Foat stop by with their amazing new LPs.